* In case of any delay in receiving the OTP, you may verify it later. Please proceed without verification.

Enter your City name or Pincode

On the northern banks of the River Damodar, Chandrapura is a beautiful town of Bokaro district in Jharkhand State. This city has achieved recognition throughout the country via Chandrapura Thermal Power Station, which is a thermal-coal based power generation division of Damodar Valley Corporation (DVC). Chandrapura is considered among the cleanest towns of Jharkhand state as electrostatic precipitators are used by the authority to fulfill that purpose in this place. Chandrapura is located around 10 km distance from its district - Bokaro. Besides that, the nearby districts to this town are (35 km), Giridh (57 km) and Purulia (60 km). The place is also surrounded by the other cities like Bokaro Steel City (11 km), Phusro (14 km) and Gomoh (14 km). 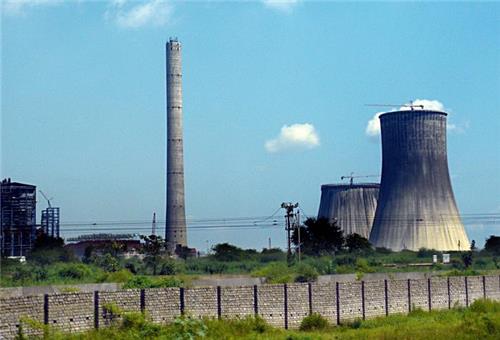 Chandrapura is located at 23.75°N 86.12°E with average elevation of 222m i.e. 728 feet above the sea level. Located near to the East-Central part of Jharkhand, this place is wonderfully surrounded by a bunch of hillocks on the directions of North-West, West and South. The summer season is extremely hot in Chandrapura especially in the months of April and May while the winter season remains very cold particularly in December and January months. The people of this place enjoy rainfall generally in July and August. Therefore, the travelers can plan to visit at this place ideally during the months of October and November.

According to 2011 Census of India, the town of Chandrapura has a total population of 27425 in which there are 14428 males and 12997 are females. The population of Children under 0-6 age group is 3364 that constitutes 12.27% of the total population. The people belong to Schedule Caste (SC) and Schedule Tribe (ST) categories also form their parts in the whole population with around 10.60% and 7.26%, respectively. Furthermore, the average literacy rate of Chandrapura City is 81.98%, which is higher than the state’s literacy rate i.e. 66.41%. The males have more literary rate of 88.46% in comparison to female’s literacy rate, 74.76%.

The people of Chandrapura also get benefits of professional healthcare services offered at the hospital of Damodar Valley Corporation (DVC) - DVC Hospital. This hospital has latest equipments and experienced medical staff that aims to provide every solution for every health problem. Besides the hospital, there are many dispensaries, clinics and healthcare centers located in the town where the patients can find the proper treatment for their medical problem.

The awesome place of Chandrapura has a variety of culture groups owing to varied linguistic traits. The city boasts of several Hindu temples where so many devotees practice their devotion. Apart from these Hindu temples, it is also possessed a Church, a Mosque and a Gurudwara, which illustrate the cultural diversity of this place. In addition to this, the local people of Chandrapura also celebrate various kinds of festivals for instance Chhath Puja, Durga Puja, Holi, Diwali, Rath Yatra and Eid. A local festival of Sarhul is also celebrated here with lots of enthusiasm and merriment by the people.

Chandrapura, a splendid place in Jharkhand state, has all the basic services provided to its local people. It is comprised of several branches of top banks of the country spreading across the city, petrol pumps of leading oil companies, head post office and its branches. With regard to the utility services, there is Pragya Kendra situated at Chandrapura, which provide both offline and online services to the people related to the certificates of birth, death, residence, income and caste. Chandrapura town also has a small stadium in which several sports activities and parades are usually conducted. 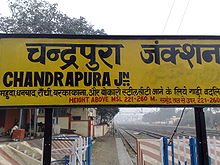 Chandrapura town of Bokaro district is well connected to the other cities of Jharkhand via both rail and road routes. But perhaps, the best way to reach at this beautiful town is through railway. The town has its own railway station i.e. Chandrapura Railway Station, which is located between the Gomoh-Barkakana branch line and Chandrapura-Muri branch line. The major trains running through this railway station are: Baidyanthdham-Ranchi Express, Dhanbad Ranchi Intercity Express, Chopan - NSCB Gomoh Junction Passenger, Hatia-Bardhaman Junction Passenger, Muri-Dhanbad Passenger and Dhanbad-Ranchi Passenger.

There are few government and private social organizations working in Chandrapura for the welfare of the society here. It has various recreational clubs for instance the Baisakhi Club, Yuva Rang Manch, and Urdu Majlis and Officers’ Club. There is also a local cultural centre, which is renowned as the Welfare Centre. It conducts every year various social and cultural programmes throughout Chandrapura. Furthermore, the town possesses various environmental programmes under the supervision of Damodar Valley Corporation (DVC). By this programmes, DVC tries to maintain the natural beauty of this beautiful city.

Chandrapura represents an important place in the state of Jharkhand. It attracts scores travel vacationers via its natural magnificence. But the town is largely popular for Chandrapura Thermal Power Station, administered by the DVC. Various tourists come here to visit this power station, which has installed power generation capacity of 920 MW. It consists of five units in which three units are of 140 MW constructed by General Electric (GE) while the other two are of 250 MW constructed by Bharat Heavy Electricals Limited (BHEL). The significance of this thermal power station in Chandrapura is also recognized with a pleasure that it is the largest pulverized fuel fire power station of Asia. Further, the chimney of its newly constructed thermal power unit is the highest standing tower in India and fourth highest in the entire Asia. In fact, this power station is the major source of employment at Chandrapura. Apart from Chandrapura Thermal Power Station, the tourists also like to visit at the town’s Deer Park, which is the sanctuary for Deers. Located at the center of the town, this sanctuary is protected and maintained by the local forest office.

The city of Chandrapura attracts large number of people across the country not only through its cleanliness but also through wonderful shopping places. You can buy variety of shopping items such as grocery and fancy clothes from the small markets or weekly markets of the town that however has no major multiplexes and shopping malls. Besides that, large numbers of shopping items are also being sold at the famous market place of Nimiya More at Chandrapura. Many residents of the city most often prefer to shop at Bokaro which is one of the important towns of Jharkhand.

Comments / Discussion Board - About Chandrapura